Microsoft Office 365 is widely used subscribed application as it provides an easy access to Office applications and services over the cloud. In addition to Microsoft Office services, the users with a business subscription can enjoy email and social networking services through Exchange Online, Lync Online, SharePoint Online and Office Online. One of the major features introduced by Microsoft developers is its Office 365 message encryption mechanism.

The following article is aimed to explain the basic concept of mail encoding, how to add email encryption to Office 365 as well as how to open message encryption by Microsoft Office 365.

What is the Need for Office 365 Message Encryption?

In this digital era, email has become one of the most common media of information sharing. So, many organizations prefer to send the data or files through emails. However, sharing the sensitive data is not secure over the network as hackers or cyber terrorist can easily gain access to the data being shared over the network and attempt to misuse the confidential information. So, there arises a need to use a technology, which can send the messages in a hidden/ enciphered form to maintain the confidentiality of data. Encoding the message is a similar approach which sends the message in an encoded and secure form, which can be decrypted by the intended recipient only. So, it attempts to maintain the confidentiality of data and preventing any unauthorized access to the messages.

Keeping in mind user’s privacy, O365 has provided an inbuilt feature to encrypt the messages being sent over the network. The right protected/encoded message gets transmitted over the network without any cyber attack. When the recipient receives the message, he needs to decrypt the particular message to view its contents.

The features offered by Office 365 message encryption are mentioned below:

Encrypting the message adds security in the following manner:

The O365 user has a control over the encryption process in following ways:

Office 365 provides the following features to assist easy management of the emails:

How to Use/ Apply Office 365 Message Encryption?

The administrator can set up the transport rules by choosing “Apply Office 365 Encryption” in the Exchange Admin Center (EAC).

How to Open Message Encryption by Microsoft Office 365?

The recipient gets the Office 365 encrypted email containing the attachment and a message with it. The attachment contains the encoded email message and the information associated with it indicates the procedure to view it & decrypt the Office 365 Email Encryption.

The attachment can be opened directly from the inbox. It will open in new browser window. In order to view/ decrypt rights protected content, user needs to provide authentication details using Microsoft account or Office 365 ID. 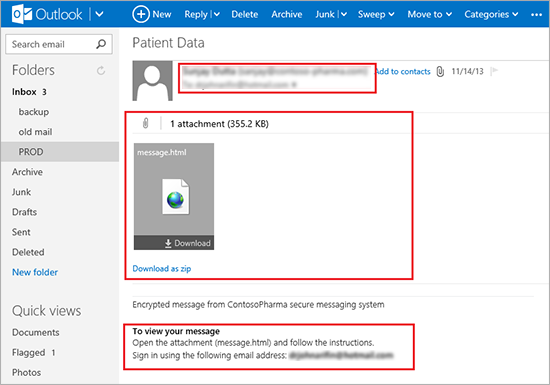 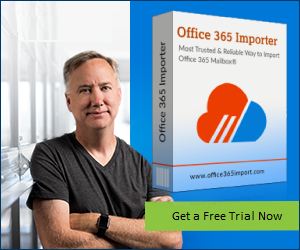